Board Certified in Otolaryngology Head and Neck Surgery 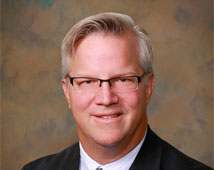 Michael Widick, MD has been in private practice in Cocoa Beach, FL since 2002. Prior to that, he served as the Chief of Otolaryngology at Yokota Air Base, Japan and then Bitburg Air Base, Germany for six years in the United States Air Force. He separated honorably on 30 Jun 2001 as a Major to pursue a civilian career. He has maintained an active practice in General Otolaryngology with emphasis on surgery on the throat, nose and sinuses. Dr. Widick’s residency training at the University of Miami was extremely strong in Head and Neck Surgery, advanced Ear Surgery, Nasal/Sinus Surgery, as well as Plastic and Reconstructive Surgery of the Face.

Academically, Dr. Widick was honored with the First Place Clinical Science Research Award by the American Academy of Otolaryngology-Head & Neck Surgery and received several other awards for excellence in research on skull base ear surgery during his residency.  Dr. Widick trained in otolaryngology at the University of Miami, one of the Premier training programs in United States.  This 5 year residency program followed a one-year general surgery internship at Vanderbilt University in Nashville Tennessee.  Prior to this, he attended his 4 years of medical school at the University of Florida.  He also has a bachelor’s degree in biology from Florida State University.  His hiatus from Academic medicine to complete his military obligation realigned his career path from a University based practice to private practice.

Personally, Dr. Widick is a Cocoa Beach native and was born in Cape Canaveral Hospital shortly after it opened its maternity ward.  He graduated from Cocoa Beach High School in 1981, the same year he started his graduate studies at Florida State University.  He is married and has three young children.  His outside interests include gardening, surfing and other water sports.